Ghent’s Botanical Garden has existed for more than 200 years. After the Southern Netherlands were conquered by Napoleon in 1794, Ghent became the capital of the Scheldt and Lys department. In each departmental capital, an “école centrale” was set up with a library, a botanical garden, a natural sciences collection and instruments for practicals. In Ghent, this central school was housed in the Baudeloo Abbey.

The former herb garden opened on 19 July 1797. Amateur plant breeders and affiliated gardens helped to expand the collection. Mr Thouin, the director of the Botanical Garden in Paris, donated numerous plants for the heated greenhouses as well as the first dahlias.

Bernard Coppens (1756-1801) became the first director of the Botanical Garden. He purchased part of Ename Abbey’s plant collection, including two dwarf palms (Chamaerops humilis) donated to the Abbey in 1599 by Albert and Isabella of Austria. 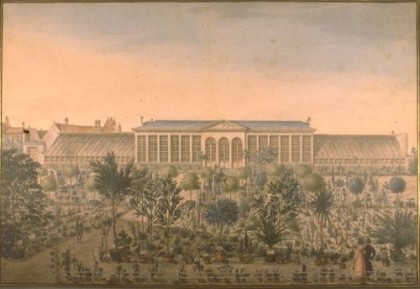 The original garden was divided into 4 sections: a systematic section, an English landscaped garden, a section with evergreen trees and an orangery with greenhouses. Sections with fruit trees, heathland plants, a pond and a reservoir were added later.

In 1802, the survival of the Botanical Garden was hanging by a thread. Napoleon decided to abolish the “école centrale” in Ghent and use the buildings as barracks. After a visit by Napoleon and Joséphine de Beauharnais on 14 July 1803, this plan was abandoned.

In 1804, the Botanical Garden was transferred to the city of Ghent, which was also made responsible for its maintenance. At that time, the garden housed an important collection of plants and also remained very valuable from an educational viewpoint. Among other things, it offered free lessons in botany to the public.

In 1815, the Southern Netherlands were united with the North once again. The new ruler, William I, attached importance to the development of horticulture and a sound education system. A university was founded in Ghent.

Article 2 of the Royal Decree of 1816 provided that the professor of botany would also be the director of the Botanical Garden, an arrangement that has remained unchanged to this day! 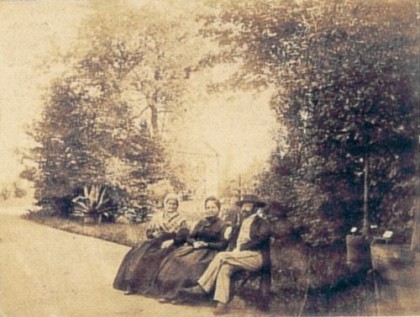 An agreement with the city of Ghent gave the university acquired the right to use and enjoy the garden in 1818. Belgium gained its independence in 1830, and five years later the city regained responsibility for the maintenance of the Botanical Garden.

By the second half of the 19th century, the garden had become too small and the buildings were in poor condition. Due to the garden's central location, the plants were often exposed to soot from the surrounding factories. A new location was urgently required.

The Botanical Garden ended up on the edge of the newly created Citadel Park. The move to the new “Botanical Institute” was completed in 1903. In addition to the outdoor garden, the Botanical Garden included a Victorian greenhouse, a palm house, a laboratory greenhouse and an orangery.

By around 1930, the greenhouses and conservatories from the beginning of the 20th century had become too small. As a result, a new set of greenhouses were built in 1931-1932.

In the early 1950s, a rock garden was created with funds from the Marshall Plan. The construction of the Higher Institute of Candidacy Sciences (H.I.K.W.) in the 1960s determined the current view from the garden. 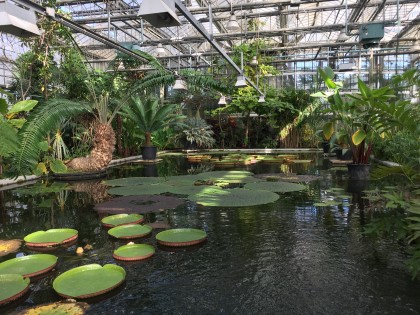 A new Palmarium was opened in 1970. In the period 1971-1972, the current greenhouse complex with the three large public greenhouses was built.

The construction of the systematic garden started in 1977. The classification in this section became obsolete with the advent of DNA techniques. The systematic collection of eudicots was re-landscaped in 2012.

The Botanical Garden forms an integral part of the Academic Heritage and Archives Entity of Ghent University. Along with the University Archives, the GUM and many other committed groups at Ghent University, the university’s rich heritage is now being managed with increasing care and additional efforts are being made every day to increase the professionalism of its heritage policy.

Following the opening of the GUM in March 2020, the GUM and Botanical Garden will join forces for their public outreach activities.